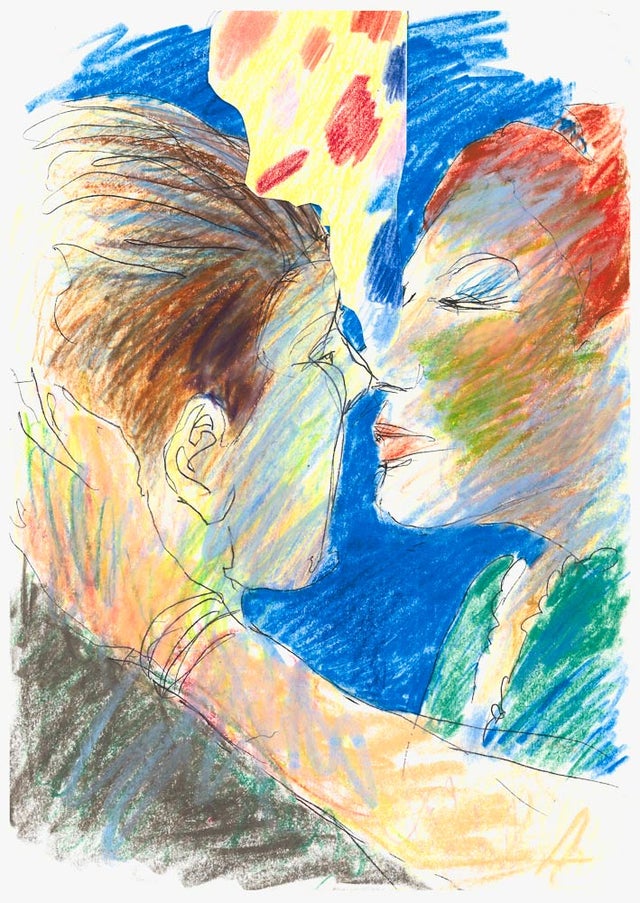 William Stok was born in Rome and much of his career as an artist and lecturer has been spent between Italy and the UK. In the 1960's he made graphic drawings for the infamous publications International Times and Oz Magazine. Curiously, Lord Longford once bought one of his drawings at this time!

William Stok's BAGT Editions #I print derives from an ongoing series of drawings he made having been diagnosed with a detached retina. Finding he could no longer see to read he embarked upon a series of snap shot biro drawings made whilst travelling on the tube. These later became coloured crayon drawings.