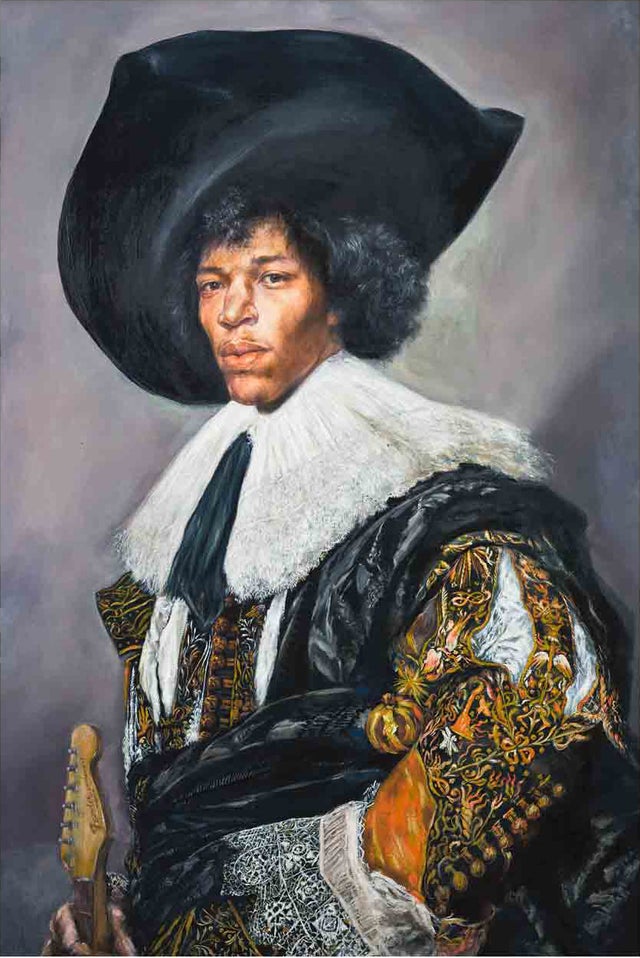 Tam Joseph is a Dominica-born British painter, described as "a uniquely talented, multidimensional artist" by art historian Eddie Chambers. "Tam Joseph has contributed a number of memorable paintings that locate themselves at the centre of socio-political commentary, often making work that shocks as it amuses, amuses as it shocks.

During the 1960's he he studied at the Central School of Art and Design, followed by the Slade School of Art. During 1968 he worked on animation drawings for the Beatles feature film Yellow Submarine. In 1979 he illustrated Buchi Emecheta's children's book Titch the Cat, published by Allison and Busby.

One of Tam Joseph's best know paintings Spirit of the Carnival, purchased by Wolverhampton Art Gallery, and will be included in Tate Britain's December exhibition "Life Between Islands: Caribbean-British Art 50s - Now".

The original painting of Laughing Legend with Stratocaster is reproduced in the catalogue of "Frans Hals. The Male Portrait", the current exhibition at The Wallace collection. James Innes-Mulrane writes in his review of the exhibition "Tam Joseph’s portrait of Jimi Hendrix as Laughing Legend with Stratocaster makes another point about Hals’s universality. The Laughing Cavalier has become so much part of our collective experience that it is a meme. Hals crosses four centuries very easily, and still has much to say to us."