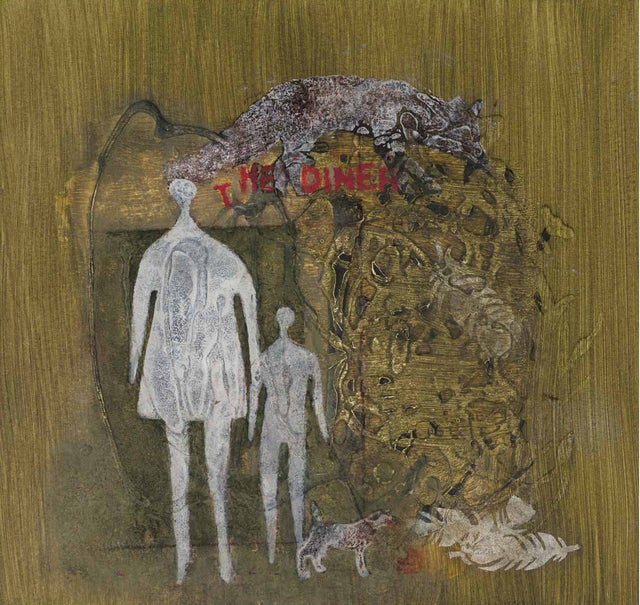 Lesley Dalton is a British artist who was born in Singapore. She later settled with her family in Leicester and attended Loughborough School of Art followed by De Montfort University. Following her graduation she moved to London and worked as a colourist for Marvell Comics. Later, she gained a Higher National Diploma In Ceramics at City Literary Institute, London. She has exhibited regularly in group shows since 1978. From 1982 to date she has held 5 solo exhibitions in Leicester and London.

Lesley Dalton works across a range of disciplines including painting, collage, sculpture and ceramics. Her BAGT Editions #I print is derived from a continuing series of paintings on paper. The original paintings are often made from day to day and take on a personal character, much like a visual diary. They are painted and stencilled, sometimes including collage, with deceptive dexterity.

Lesley Dalton joined BAGT in 1986. She currently has a studio at BAGT Hertford Road Studios.